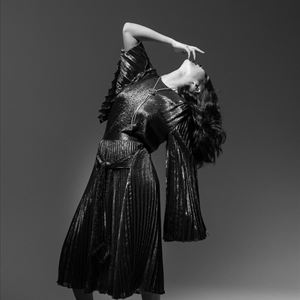 This is an all ages event. Guests under 18 must be accompanied by an adult. Max two under 18yr old guests per adult. No refunds will be given for incorrectly booked tickets.
We are delighted to be working with Big Green Coach to run a carbon-neutral Day Return Coach Services from London and Brighton! They're green, they're affordable, they'll drop you outside the gates before the music starts, and get you home safely at the end of the night. Book your space now.

LEISURE is a brand new boutique festival brought to you by independent promoters Bird On The Wire. The first line-up announcement includes: Mitski, Soccer Mommy, Nilüfer Yanya, Sorry, L'Rain, HighSchool. The amusement park rides will be open, as will the games arcade and roller disco. Join in for a day of music and rides by the British seaside! https://leisurefestivals.com


Songwriter, musician and performer Mitski has released five full-length albums. The most recent of which, 2018's Be The Cowboy, was named Album of the Year by the likes of Pitchfork, Vulture, Consequence, ESQUIRE, and FLOOD, and the #2 Album of 2018 by The New York Times (Jon Pareles), NPR Musicand SPIN.

It launched Mitski from cult favorite to indie star, landing her an extensive profile in The New Yorker and performances on Austin City Limits and Jimmy Kimmel Live! (she played The Late Show with Stephen Colbert following the release of 2016's Puberty 2).
After being off the road since September 2019, Mitski makes a daring return with new single/video 'Working For The Knife', which signifies a new intensity we haven't yet seen from her yet.