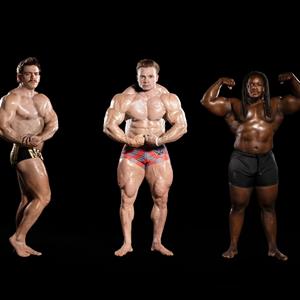 Please note the booking fee for this event includes a Restoration Levy of £1.00 which is charged by the venue

16+ only. 16s to 18s must be accompanied by an adult. No refunds will be given for incorrectly booked tickets.

16+ Each under 18 must be accompanied by a responsible adult.
In order to verify your age, ID may be requested. For this reason, we advise that all customers bring valid ID.
For further information see Age and ID in FAQ's
Right of admission reserved.


Five facts about black midi
“We’d end up in a groove in the rehearsal room for 10 minutes, or an hour. We didn’t really notice time, or that we were supposed to be working.”

Two. Coincidentally, Morgan and Geordie both played in church bands growing up - Morgan in Hertfordshire; Geordie in Walthamstow.

Geordie discovered music through:
Franz Ferdinand’s Take Me Out on Guitar Hero
His dad’s prog rock, folk and hard rock albums
Stravinsky’s Rite of Spring. “It’s hypnotic, like a car crash. You want to look away, but you can’t.”
The first Star Wars film

Three. The band met at the BRIT School. Fellow pupils were… not in black midi. Geordie and Matt borrowed the name from a Japanese music genre where a MIDI file is stuffed with so many musical notes that its visual representation looks solid black. MIDI files do not contain sound.

Five. black midi got their first gig two weeks after leaving school, in June 2017, at south London’s renowned Windmill venue. It led to a Windmill residency, and a publishing contract, and a record deal, a Mercury nomination for Schlagenheim, and you reading this.